Mid East Drummer is now available on the App Store 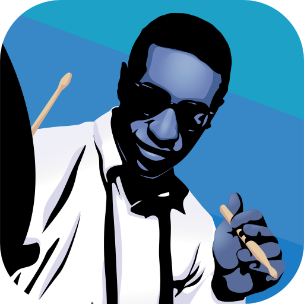 Easy Swing and Be Bop Drums

Jazz Drums for iPad and iPhone with new approach to improvisation and swing pulse.

Three drummers in one. Jo, Max and Roy : Swing, Be Bop and Modern Bop drums. Regardless of the selected rhythm, the choice of drummer will affect all improvisations, jams and fills style. New 2d Slider to control jam level ( x - horizontal ) and intensity ( y - vertical ) Save Mixer and Effects for each Sound Bank. Export to MIDI File and Audio Full / Multi-Track- Adds a new Jazz bank to iBassist with lot of bass lines and chord progressions.

Random Review by petemuzak
Great app, wish it had midi in for sound module
I love this app and use it a lot but I really want to try different grooves styles with other midi generators but somehow LumBeat removed access to the sound module in a past update. Please add this feature back in. 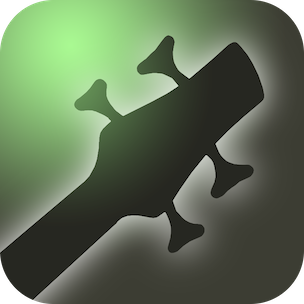 The Bass Player for iPad

iBassist turns your iPad into a versatile bass player to jam or compose anywhere and create grooves for installed drum apps, so the jam enters a new level. Additionally, it sends progression chords by MIDI, so you can have any synth/piano on the background and a proper band jamming instantly.

Bass lines are based in degrees, so you can apply any chord progression to any bass line. A valuable tool to apply different bass grooves to your songs. The jam tool brings musical variations and new ideas on the way.

Random Review by BPWoodstix
No manual, no bass sound
Without a manual I’ve listened to piano chords since I bought it. Doug didn’t help much so I deleted the program. Hopefully there will be some type of manual in the future 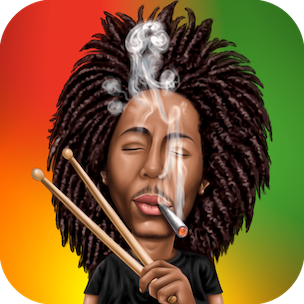 Reggae Drummer brings warm Jamaican rhythms to your iPad and iPhone, with lot of new features. Three drummers in one. Barret, Sly and Stewart. Modern, Classic and Contemporary reggae drums. Choose the drumming style that fits best in your music and change between them to get inspired. Individual Delay and Reverb Send effects creates warm reggae and dub environments, also with jam feature for effects. In Addition, brings a new Reggae bank to iBassist with more than 60 bass lines. 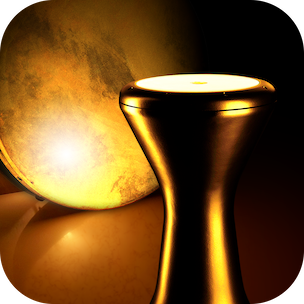 Beats from the Middle East

A complete Middle Eastern percussion ensemble in your hands including more than 300 Rhythms from Egypt, Morocco, Iran, Persia, Iran, Turkey, Greece... with meticulously treated sounds creating the most realistic percussion world.Middle East grooves are the one greatest rhythmic richness, with a large number of different measures. From the common 4 / 4 time to the most interesting and exotic asymmetrical rhythms, like 7/8, 5/8, 15 / 16, 11/ 16 ... - More than 300 editable grooves easy searchable by measure.- Multilayered sounds with Round Robin samples. - Live Pads- Song Mode- Midi In / Out

Random Review by Enrique Raphaël Page Pérez
Great for standalone stuff, terrible for work that needs multiple apps and a centralized workflow.
The samples on these drummer apps are amazing. The “improv” too, but the composing, the beatmaking - anything needing ANY edits - is just not up to par at all. Considering we used to be able to send midi to the first apps by Lumbeat (using them as sound banks) and this option has been removed in the most recent apps they’ve released, it is clear they’ve gone out of their way to force you into using their own system. I dislike the sequencer like no other; it’s super slow to work with, forcing you to watch an “intensity” grid for seconds that obstructs the sequencer every time you input a single thing on it. Takes forever to input anything, literally a waste of time, and then it always ignores your inputs and decides to play whatever it feels like playing (even when no jam settings are being used, or fills or anything for that matter)… etc. This is the kind of app I’d only recommend to people who DO NOT want to make their own percussion tracks. All would be fine if that was the only issue, but then These are the most expensive drummer apps out there so really there’s a LOT that needs improvement to give this a good rating. Then finally, once again, the bundles are crazy. Just buy the apps separately, it literally makes no difference: today (only today November the 4th 2021, yes) we were supposed to have a 30 % discount for the bundle containing this and the Indian drummer app.Turns out if you already own one app then you don’t get the discount at all, it even ends up being more expensive than buying the other app alone... Thanks. This is great. 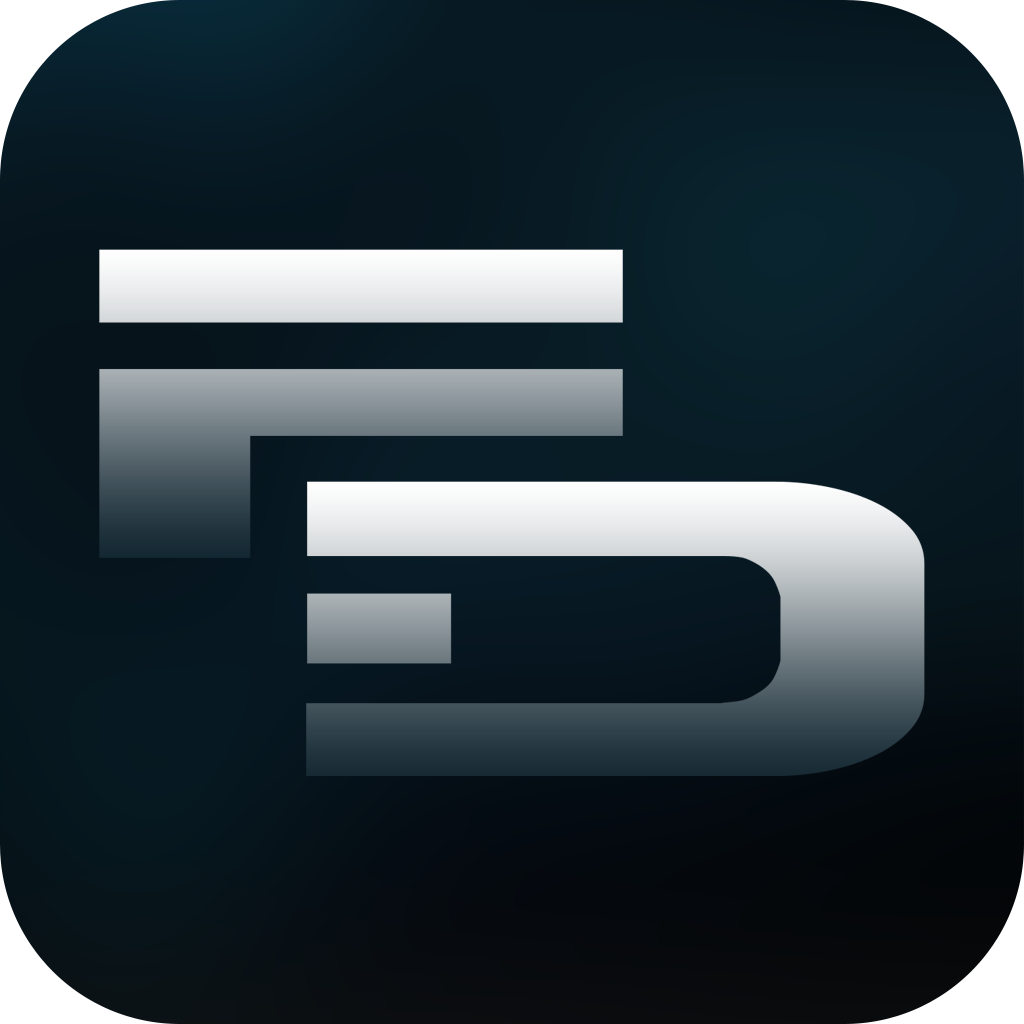 - Midi Out sends all note grooves and jamming at real time, so you can record the sequence or apply external sounds.
- The new Live mode involves you in the grooves like never before with loads of controls with effects, hits, reverses, slices and groove controls at real time
- Reverse or Slice individual hits with the easy editor.
- Live Pads to assign rhythms, jam intensity and colors to play live session. Selectable by Midi with Notes or Program Change.
- Song Mode is the fastest and effective way to create the structure for your songs with the best quality.
- Integrated Effects: Compressor, Delay, Reverb and EQ for main Mix. 2 Extra Send delays for Live mode
- More than 100 Multilayer sounds
- More than 300 editable grooves easy searchable by tags. Don't need to program but you can make your own grooves, no limits.

Random Review by Antsdad1967
Wish the sound module toggle was available
I really enjoy Future Drummer and Rock Drum Machine from Lumbeat but for some reason the sound module option that is seen in screen shots appears to have been removed. I would really like to be able to use the sounds from these apps with other drum machines driving them. Hopefully this feature will make a return at some point. 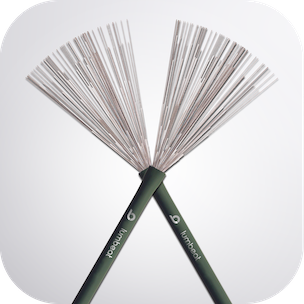 Random Review by Wreckless Empathy
Great natural sounding playing
Absolutely love the natural feel to the rhythms created by the app. The ghost notes and ways I can tweak the sound give me a pretty robust tool kit. The song mode is really useful if you’re trying to set up a solo playlist and do automation of a set, and the midi setup is really straightforward. My only complaint is that I wish I had labels for the sounds when looking at the sequencer grid. If that’s there I’m just missing it. But I’d love to know — especially when jamming — which line is which instrument.

The most groovy drum app for iOS!
The new Funk Drummer is full of rhythms and sounds with the essence of authentic Funk, from classic R&B to fusion. Round robin samples brings organic feel along with the best improvisation tool. Pure groove.

Random Review by Spiteface
What more can you say?
Great app for practice, jamming ideas, composing and on and on... sounds are phenomenal.

Turn your iPhone or iPad into a solid Rock Drummer.Powerful drum sounds, tons of rhythms and the ability to improvise like a heavy drummer and get energetic drumming grooves easily in a flash. The best drum machine for Rock! 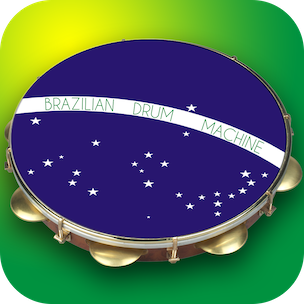 A full brazilian rhythm section with thousands of grooves and sounds with the best round robin samples. Traditional percussion and adapted rhythms for drumset, all the magic of Brazilian percussion at your fingertips. 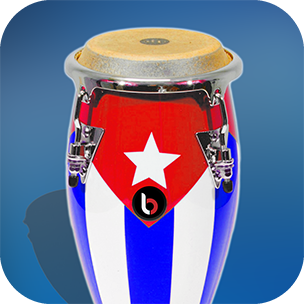 The richness of Caribbean rhythms.
Complete rhythm library with all the afro-cuban,dominican and latin beats. Son, guaguancó, merengue, 6/8 bembé ... with the highest sound quality.

Random Review by Ken Nielsen
Fabulous Afro-Latin drum sounds
If you like Latin and Afro rhythms and want an app that is good to set the tempo for you to play along with, I think this app is the best. Lots of variety that will take me a long time to discover the extent. Highly Recommended. 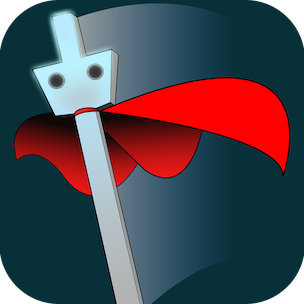 The best metronome for iPhone and iPad, is also an intuitive and handy groove box - drum machine with high definition sounds. Supermetronome is the essential tool for any musician. And now with the acclaimed Beat Hider and Progressive Tempo

Random Review by anokyeT
all you need
so controllable it keeps practice engaging!!